Jersey Shore adventure number 2 of the summer! A few weeks ago we hit up Belmar to celebrate a friends birthday! To get the party started we had lunch at 10th Ave Burrito.

10th Ave Burrito is a stable of Belmar and has been seen on Triple D on Food Network. The birthday boy wanted nachos so we ordered nachos for the table and they were so good! There’s something extra special about flour tortilla chips. They are crispy but still fluffy. It’s just a very pleasant food experience. I know I’m weird. 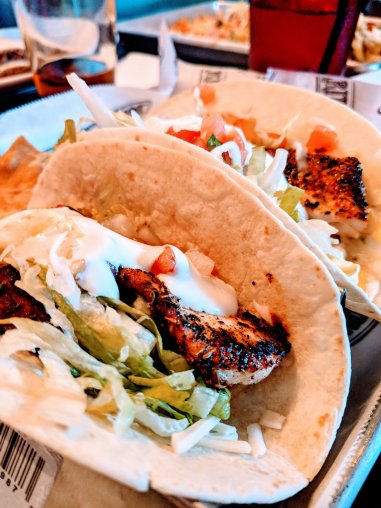 For our lunches, Tom and I both opted for tacos! I went Dirty Hippy a vegan taco full of black beans, very tasty marinated tofu, and pico. Tom had the grilled Mahi Mahi tacos with a slaw and avocado which were also very tasty.

After lunch, we went over to Beach Haus Brewery. It’s a favorite of ours because of the large space, games, and awesome beer.

As with most breweries, we started with a flight help narrow down what our next drink would be. We got the same 4 beers: Ole Extra (way better than the classic Ole), High Side Blonde Ale, American Pale Ale, and the Hot Chocolate Lager. All the beers were nice and drinkable for summer except the lager that was definitely a fall brew. The Ole Extra was our favorite of the bunch. 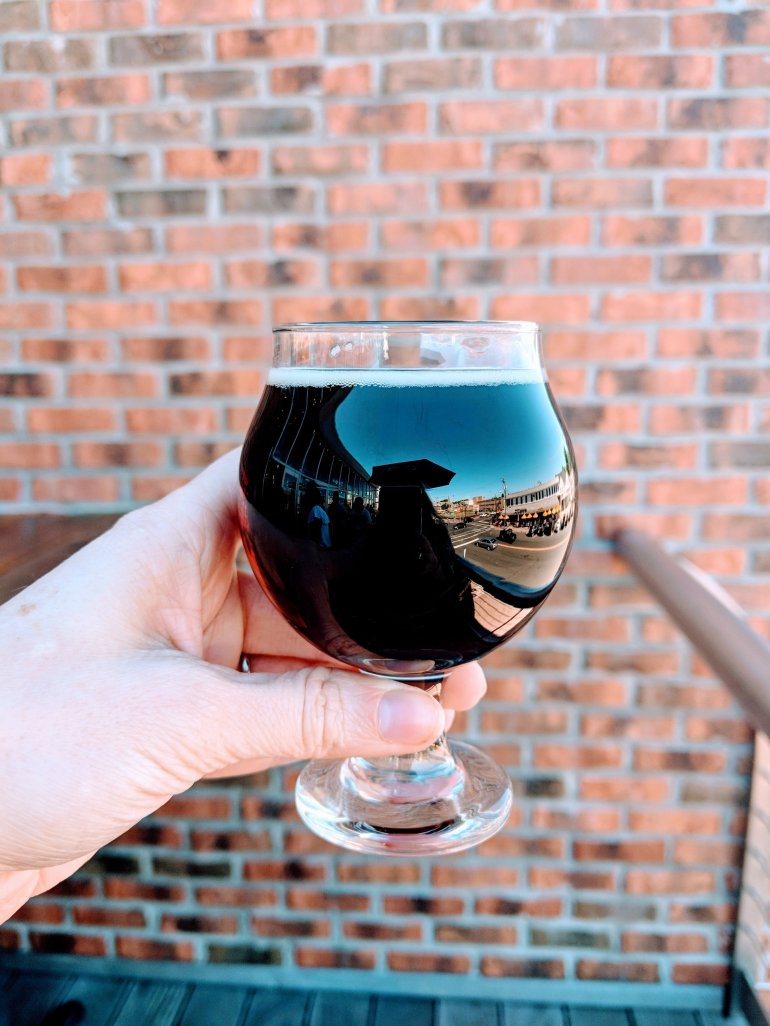 I usually get a radler while we are there. It’s a fruit juice beer, but for some reason, I just wasn’t in the mood. They are the perfect craft beer for the non-beer drinker because they are sweet and crisp.

After the brewery, it was time to head over the Marina Grill for dinner. This is a hopping location in Belmar. There is always a long wait, but it’s a cool place to hang out and have drinks in the meantime.

They told us the wait would be about 2 hours, but after 30 minutes they were seating us. The plan was to get a bunch of appetizers for the table and then everyone could do what they wanted for dinner. Tom and I planned to get more appetizers for our entrees.

The apps came out quickly and were extremely tasty. We had tuna nachos, pizza, grilled octopus, among a few other things. The tuna and octopus were cooked to perfection and the flavors were on point. This was our first time trying grilled octopus and it lived up the expectations everyone set for it.

For our dinners, we opted for shellfish appetizers. Tom got the clams casino and I ordered a 1/2 dozen oysters. They were terrible! Tom’s clams had barely anything in them and they were so so small. It looked like they had been tossed on the plate with little care. My oysters were full of large pieces of shell and grit. I actually had to spit it out and I sent it back. I will note that they were very accommodating and removed my oysters and my friend’s from the bill. 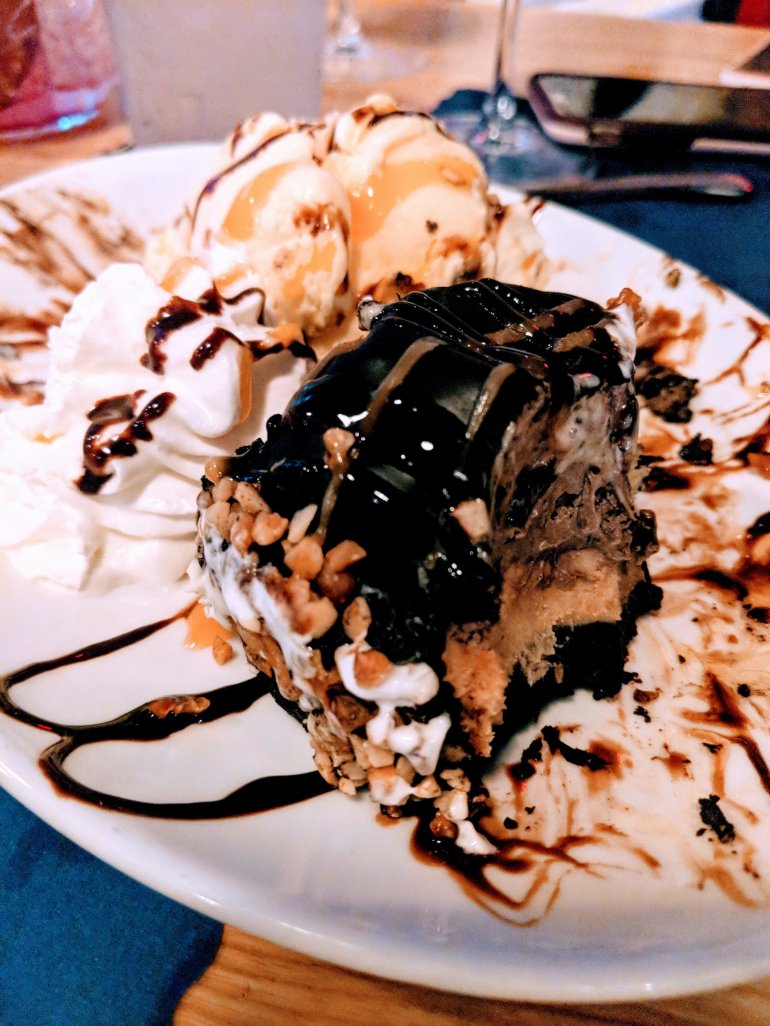 The dessert that the entire table shared really made up for the bad shellfish! It was some kind of chocolate peanut butter tart or cake with ice cream. It was incredible.

Belmar is an awesome place to go in the summer. There’s so much to do outside of going to the beach. We had a great time celebrating with friends and we cannot wait to go back again.