It’s so easy on the weekend with no plans to just sit around the apartment and watch endless episodes of The Office. We do it more often than not so one Sunday morning we decided to try something new in our area. We got in the car and drove to the Queens Museum in Flushing. This local museum has been on my list for some time now partly because it’s so close to us and because it has a World’s Fair section (Walt Disney anyone?).

We arrived at the museum just as it was opening. It costs $8 to get in which is a great deal! The building is rather large so we didn’t know where to start and decided we would just go right.

The Mel Chin: All Over the Place exhibit was currently taking place there. Most of the exhibit was modern art that we did not truly understand, but it was fun to look at. 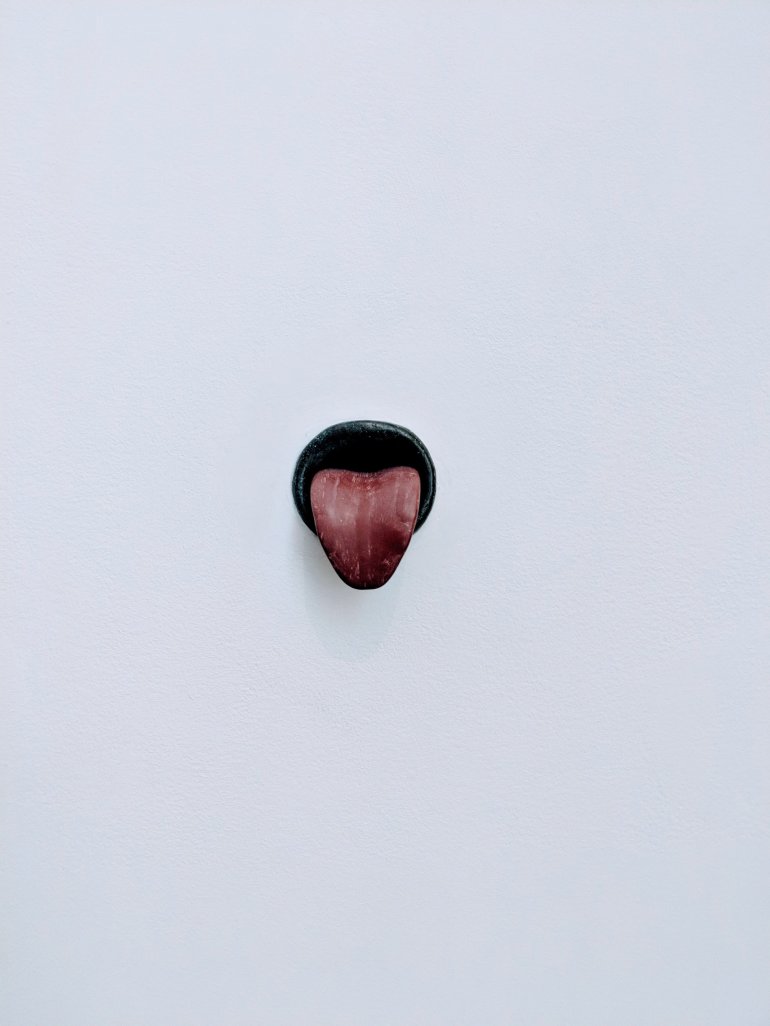 We particularly liked the part where you were supposed to feel as if you were underwater, but I won’t lie it did freak me out a little. It was weird!

We then ventured to a room filled with Tiffany Lamps and glass. This was very neat and colorful. It’s crazy that they are from a private collection owned by one man, Dr. Egon Neustadt.

The next room we chose was a giant map of the 5 boroughs. It’s crazy to see how large our city is and it was fun to find Astoria on the map. 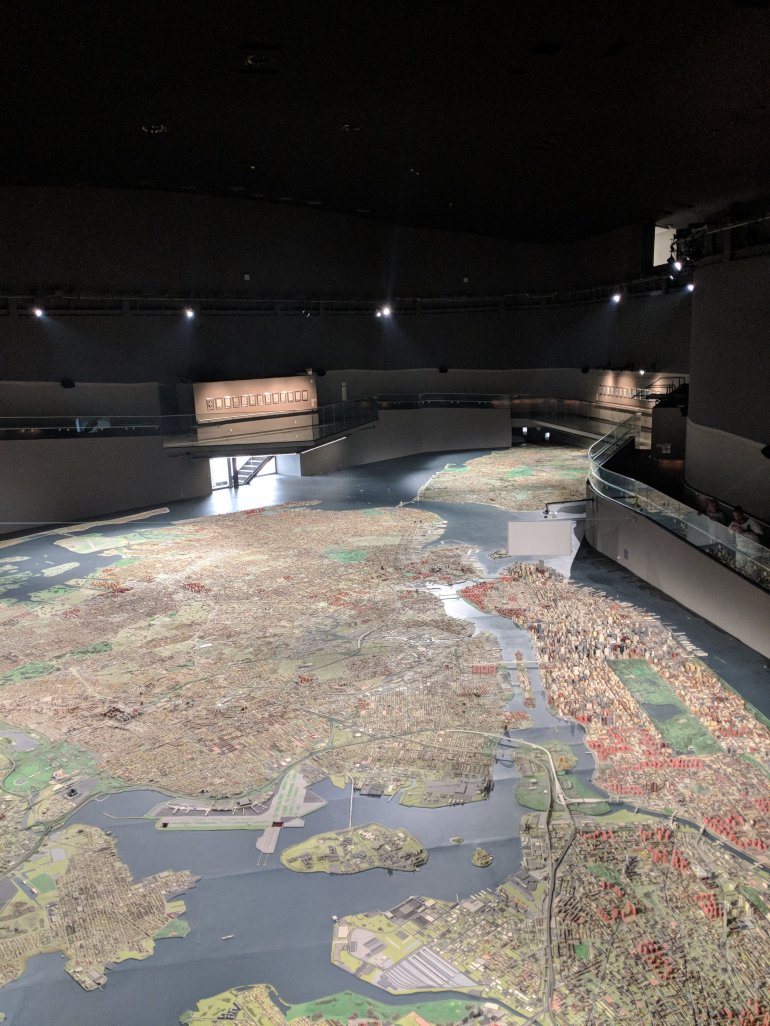 This room also features videos about 9/11, but they weren’t currently working. 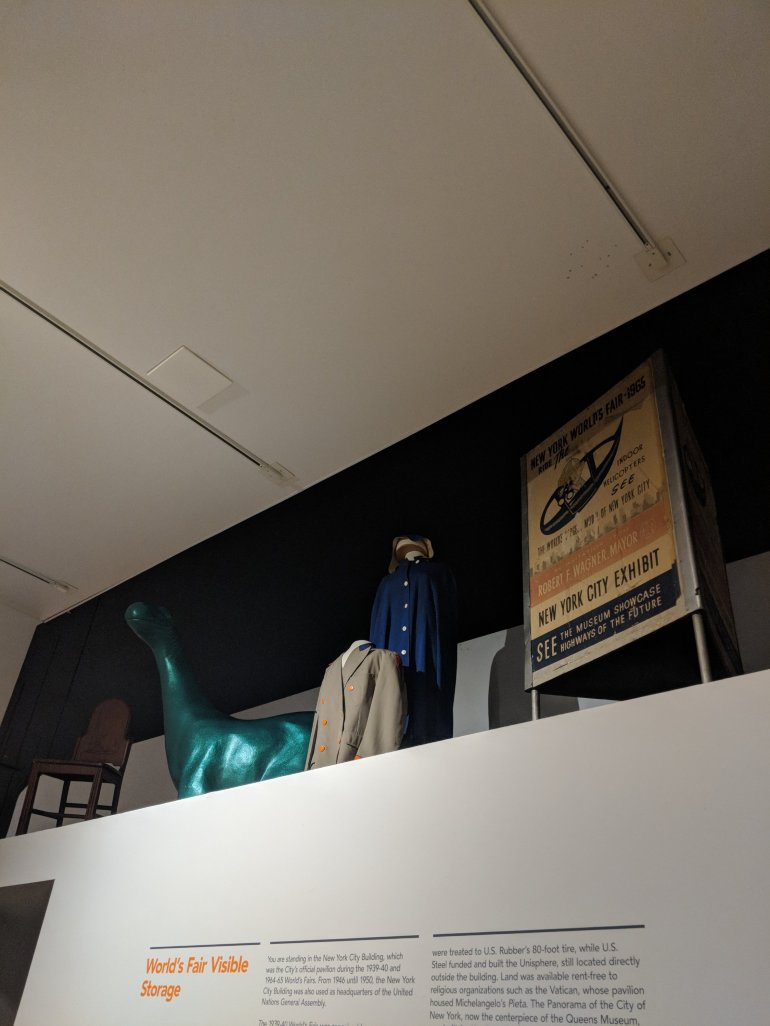 Our final stop on our Queens Museum tour was the World’s Fair Exhibit. I was slightly disappointed by the lack of World’s Fair stuff. They really only had tiny trophy cases full of the merch that was available at each fair. 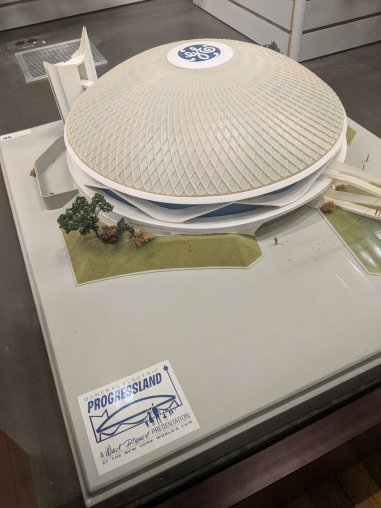 There were a few really cool parts and of course, I hunted for whatever Disney stuff I could. I found the model of the Carousel of Progress. 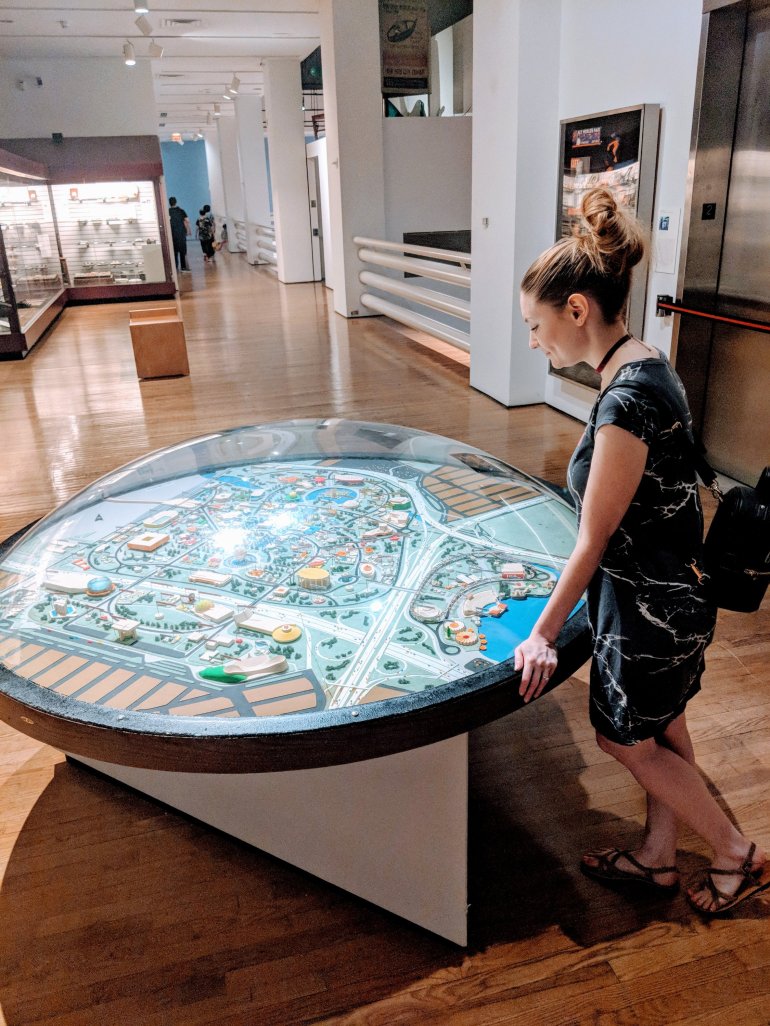 The model of the fairgrounds was also pretty cool. I enjoyed picturing my parents there as very small children. To think some of the most iconic Disney attractions came from a place I live so close to it super cool.

Once we were finished exploring the museum we headed into the park to get a closer look at some of the fairgrounds some iconic landmarks.

We had no idea you could splash around and play in the Unisphere fountain. It looked like so much and decided to get a closer look even though we were not dressed for the occasion. 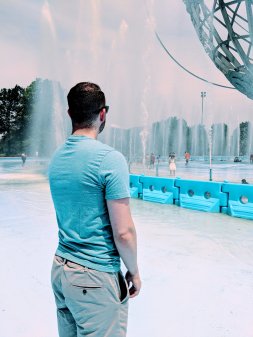 It was so hot out that Tom decided to stick his head in and cool off. I, of course, documented the whole experience.

After cooling off we walked around the park a little and snapped a picture of the alien spaceships from Men in Black. I believe back in the day they were observation towers, but to us they’re from Men in Black.

After our adventure, we stopped into The Bonny for a well-deserved cocktail. It was extremely hot out still, but I insisted on being outside. They have a great back patio area. Tom ordered the Frozen Hurricane and I had the Garden Sangria. Both were fruity, fresh, and cool perfect for summer. 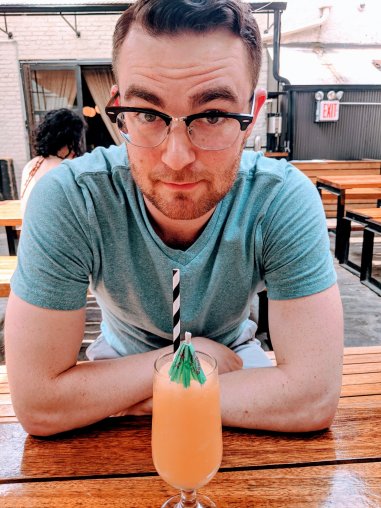 The Queens Museum wasn’t the best museum we have ever been to, but for $8 on a hot summer day, it’s the perfect activity. You can check it out for an hour, go explore the park, and then head into Flushing for some amazing Chinese food.