Disclaimer: it was very dark in this restaurant so the pictures are not the greatest.

For Tom’s niece and sister’s birthdays, his family gathered at Beetle House on the Lower East Side of Manhattan. 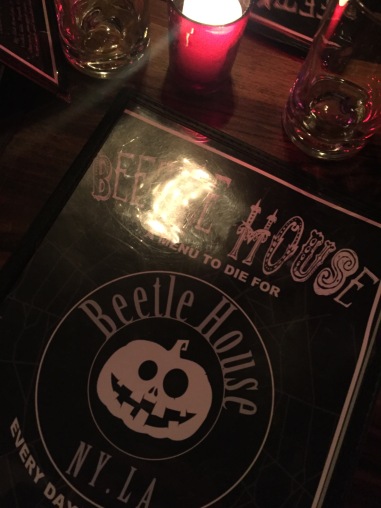 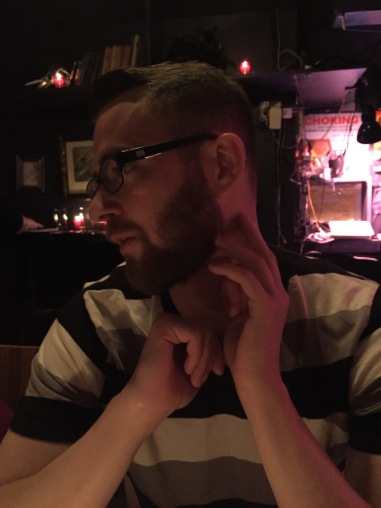 Beetle House is a Tim Burton themed bar and restaurant. Tom’s niece who was turning 9 is a huge fan of fun and spooky stuff. This location was perfect!

The bar is very tiny and excellently decorated with pictures of Jack and Sally, Sweeny Todd, and BeetleJuice. 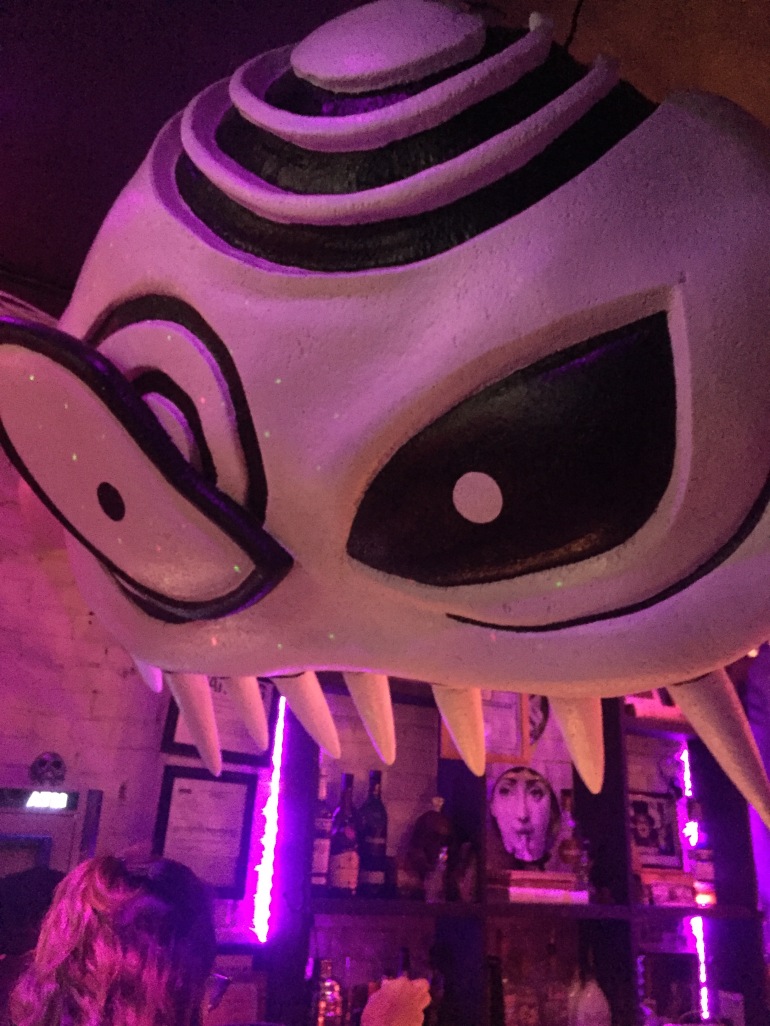 Beetle House has a Prix Fixe menu with different levels you can choose from. The level 1 option costs around $30 a person and level 2 is around $40. Both levels come with an appetizer, entree, and dessert. It is definitely a little overpriced if you’re not sharing (which we didn’t realize we could do).

We all opted for a level 1 and most of us ordered burgers as our entrees.

Tom and I both started with a salad that sounded good in theory, but it was really two salads in one that did not go together well. It was as if someone took a spinach salad with dried cranberries, candied nuts, and blue cheese and mixed it with a Tex-Mex salad. The result though flavorful was very weird, but maybe that was the point given the theme of the bar. 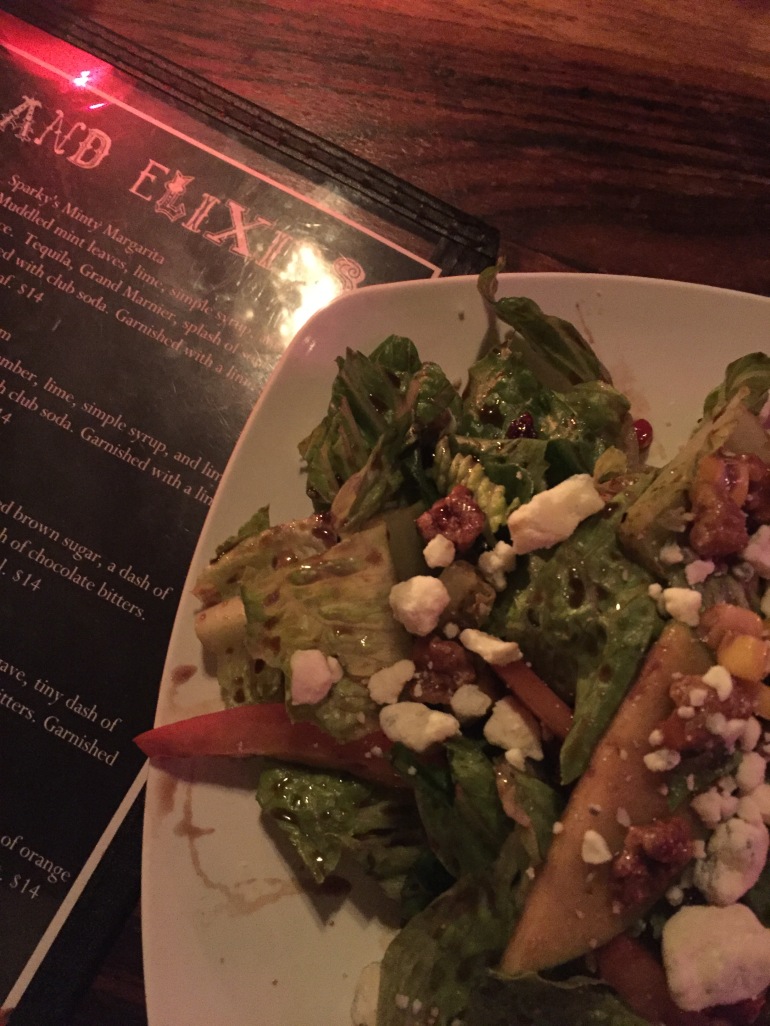 For our entrees, Tom had a cheeseburger that featured bacon and pineapple. I opted for a veggie burger that had a delicious mushroom red wine sauce on it. Unfortunately, they added spicy mayo and that really messed with the other perfectly matched flavors. 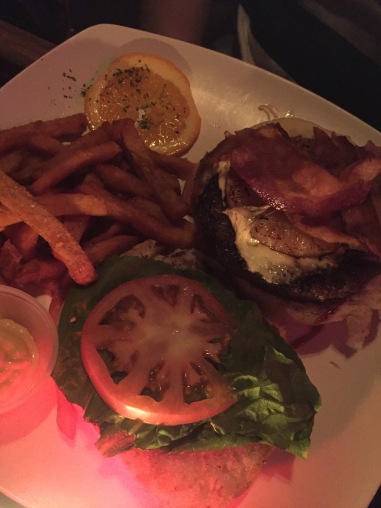 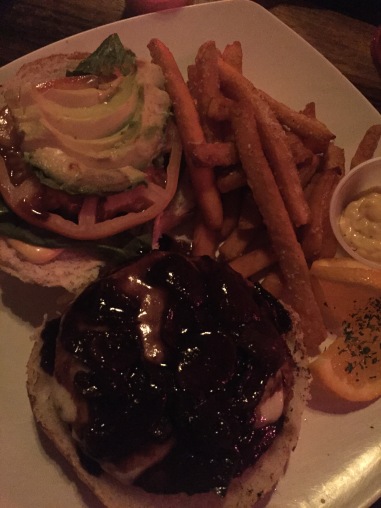 For drinks, Tom ordered Edward’s lemonade (Old fashioned with Orange bitters) and I had the Bio-exorcism (Muddled cucumbers and lime, Hendricks Gin. Topped off with club soda). The drinks were really enjoyable and the names were flawlessly themed.

After eating most of my burger, I wanted to try the birthday girl’s Cheshire Cat Mac and Cheese. It was really good and I was mad that I didn’t order it. 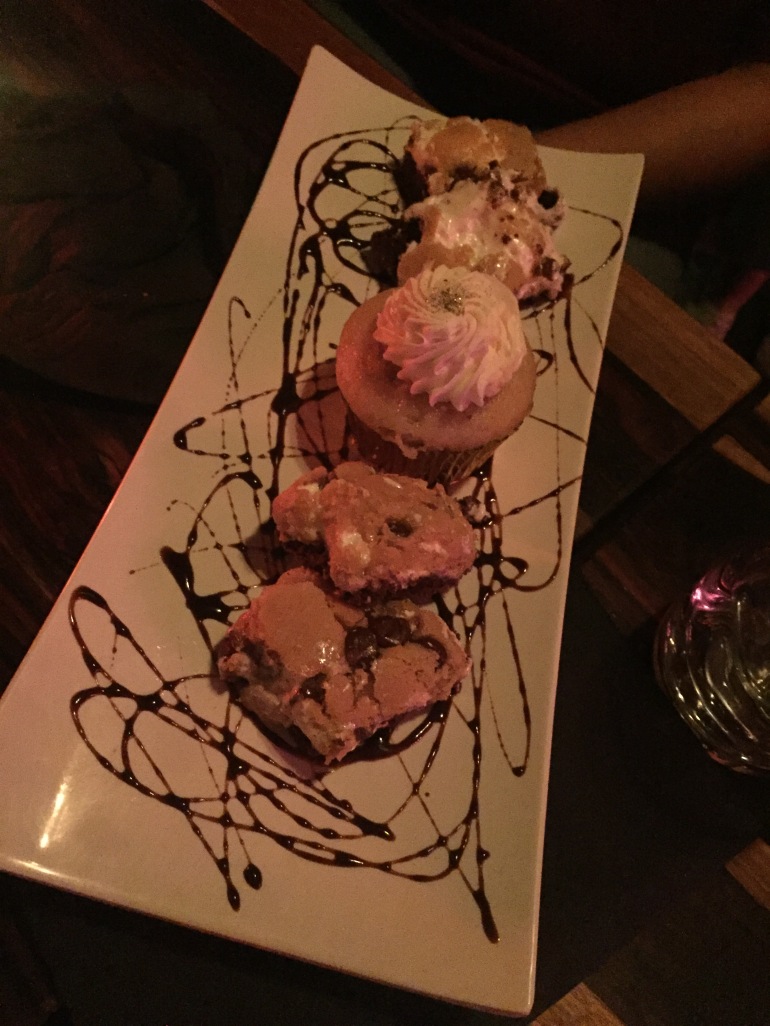 Last up, dessert! This was my favorite part of the meal. I opted for a vanilla cupcake and Tom had a s’mores brownie. These were delicious and really made up for the less than average burgers. 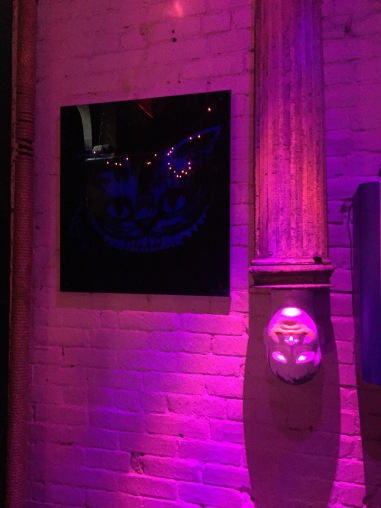 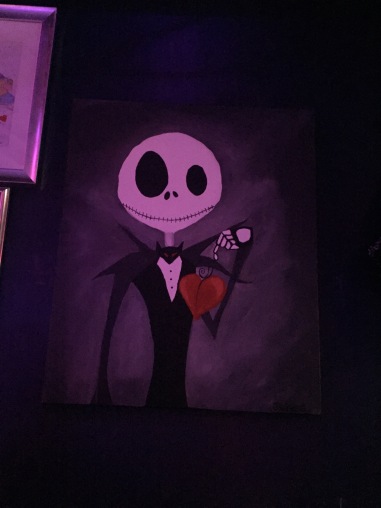 We were a little disappointed that they didn’t do more with the theme. I think it would be really cool if they made this a character meal like in Disney World or at least have something interactive happening. However, Tom’s niece had a great time and we made some fun memories as family. I think that’s all that really matters.